There is an appointed time for everything, and a time for every event under the heavens. (Eccl 3:1)
God’s wisdom applies to what married couples often learn the hard way: that you need to spend time together and time apart for the well-being of your marriage. Christy Scannell shares how she and her husband Rich have found ways to adjust to their changing schedules.

People used to feel sorry for Rich and me because of our work schedules. Now they are envious. If only they knew.

While we dated, and when we first were married, I was working a normal eight-to-five office job. Meanwhile, Rich worked 4 PM until midnight, but with Saturday and Sunday off, although our weekends didn’t start until he awoke around noon. And that was the extent of our time together: from his rising until my retiring on Saturdays and Sundays, for a total of about twenty-four hours per week to do everything from housework to socializing to just plain relaxing.

Then last year my office job ended and I decided to go freelance, working from home.

Most people looking at this situation might say, “How nice that you get to see more of each other now!” and they’d be right except for one thing: we went from 0 to 60 in about five seconds, and nearly blew out our marriage motor. With our previous schedules we had lived for the weekends. Now we were thrown together nearly 24/7 except when Rich was at work.

The conflicts piled up quickly. He couldn’t check his e-mail because I was using the computer. I couldn’t watch what I wanted on TV. At lunchtime, there had to be a discussion on what we’d eat, who would make it, and who would clean up. I nagged him incessantly about leaving his clothes on the floor. He insisted on listening to the stereo—at high volume—while he was on his stationery bike even though I was just feet away trying to work.

Even though we’d been together for several years, we finally had to face one of those conundrums of married life: how do two people get along in such close quarters? What is the right amount of time together and time apart? After much trial and error, here are the conclusions we came to, and how we applied each theory to our marriage:

Remember the old saying “Absence makes the heart grow fonder”? When you find the right balance with your spouse, you will see how a little time away and a little time truly together will grow your marriage.

Oh, and buying a second TV wouldn’t hurt either. 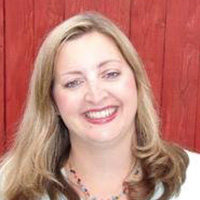 Christy Scannell is a writer and editor. She and her husband, Rich, live in Southern California.

This article originally appeared in First Years and Forever and is used by permission from the Marriage and Family Ministries Office of the Archdiocese of Chicago.

The Bride Without Shoes